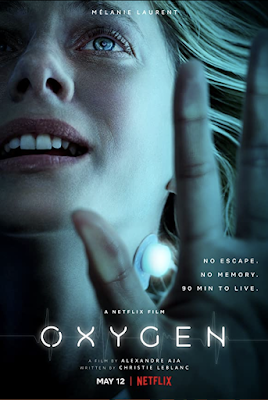 When I first chanced upon this thumbnail on Netflix, I thought the actress was Elisabeth Moss from The Invisible Man but it turned out to be Mélanie Laurent who played Shosanna in Inglourious Basterds. She is exceptional in this recently released French sci-fi thriller.
A woman (Laurent) wakes up in a cryogenic chamber with no recollection of how she got there. As she's running out of oxygen, she must rebuild her memory to find a way out of her nightmare.
For the first 10 minutes I had so much anxiety because everything takes place in a tiny claustrophobic pod and just imagining myself in that situation was giving me palpitations. It was similar to that scene in Kill Bill Vol.2 where Beatrix has to punch her way out of a coffin after the baddies attempt to bury her alive. I will say I had half a mind to switch movies because of that element but I decided to see where the story would go since I was half-hoping that she'd eventually figure out a way to escape.
I salute Alexandre Aja (who is responsible for directing 'The Hills have Eyes', 'Crawl' and 'Piranha 3D' among many others) for creating this futuristic film that takes place in the aforementioned pod 80% of the time. Melanie Laurent paints such an emotional picture with her performance despite not being able to move around and with the exception of a disembodied voice (which reminded me a lot of those Windows Media Player visualizations) that she communicates with, she is all alone. There were a few scenes that were literally just close-ups of her eyes but I felt her anguish, desperation and growing frustration about how and why she got there. 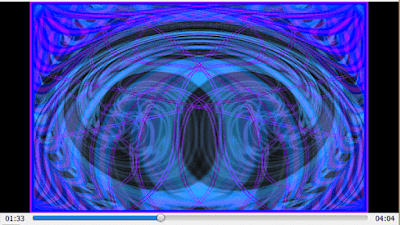 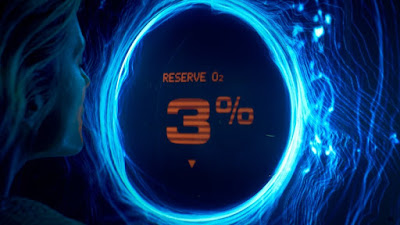 8 years later, her movie was still buffering
This definitely reminded me of Black Mirror because of its use of technology and how it affects the state of humanity. Thankfully the ending wasn't as grim as it could have been. I appreciated the fact that it kept you on the edge of your seat the entire time because you honestly had no idea where the story was really taking you until maybe the last 15 minutes. There isn't much trivia about this film yet because of how new it is but I'm sure that will change over time.
The synopsis on Netflix unintentionally may have spoiled it slightly because it describes the movie as a hybrid between 'Buried' and 'Gravity'. That sentence alone created an expectation of a crucial factor in the plot and I wish they had just kept the description brief. It's not a mind-blowing or highly emotionally charged film but a strong 6.5 - 7/10 and I wouldn't say no to watching this again even though I'm not a huge fan of sci-fi. Oxygen definitely left me slightly breathless.
Written by Gabrielle Boyd
Noel Boyd
Author, Life Coach and Motivational Speaker.