"He's a good person. He wanted me before I was smart." 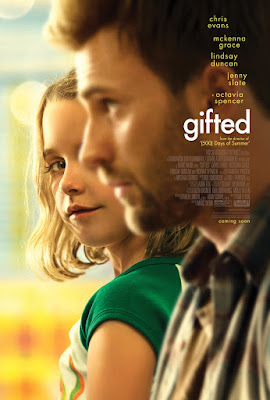 It took me a whole week before I got to a film that would bring me to tears. I think it hit me even harder now that I'm a parent myself. Any theme related to raising a child or trying to make the right decisions for them really affects me on a much deeper level.
Frank Adler (played by Chris Evans) is a single man raising a precocious 7-year-old genius Mary (Mckenna Grace) and he's just trying to provide her with the most 'normal' childhood that includes socializing with other kids her age and encouraging her to be a good person. Mary and Frank are also the owners of an adorable one-eyed cat named Fred (he was such a scene stealer). As the story goes on we find out that Mary is an absolute math whiz and those genes came from her biological mother, Diane, Frank's late sister. Evelyn, Mary's grandmother thinks Mary should be transferred to a special school where her talent and potential would not go to waste but Frank refuses because he knows the negative impact all that pressure and expectations will have on Mary. 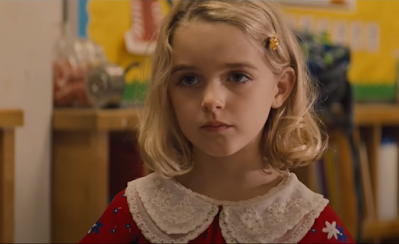 So much soul in those tiny blue eyes
This is one of those movies where the child actress just steals your heart right from the get-go. Mary has a mind of her own, she's not afraid to stand up and speak her mind but she never comes across as bratty or annoying. Mckenna Grace is absolutely brilliant playing this role. I've loved her from the time she played young Theo in the Haunting of Hill House. So much emotion from such a little human being, it's remarkable how versatile she is at such a young age.
I'm also a fan of Chris Evans because I think he's quite underrated and he's best known for playing everyone's favorite version of Captain America. This was the first time I saw him in a dramatic role and he definitely delivered when it came to being Mary's father figure and the bond the two of them shared onscreen was truly heartwarming. The scene where he has to leave Mary with a foster family got me right in the gut and I had to reach for the tissues almost immediately.
I think writer Tom Flynn along with director Marc Webb managed to tell a great story without it being too sappy or unrealistic. Webb's previous work includes 500 Days of Summer and that film surprised me too by not having a typical Hollywood happy ending.
Octavia Spencer was fantastic as Roberta, sassy and fierce while still having that maternal nurturing side as well. It was hard not to see her as Minnie from The Help because she was amazing in that movie too. My favorite project of hers was definitely the Netflix series 'Self-made.' She has an aura about her that just speaks volumes as soon as she enters a scene. 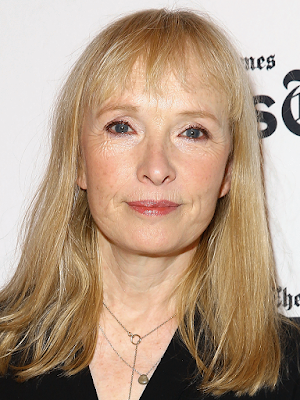 A lot of Singaporeans would be reminded of their own 'tiger moms' when they see Evelyn
Special mention goes out to Lindsay Duncan who plays the overbearing grandmother Evelyn and she took my breath away especially in the courtroom scene because she came from a place of wanting her child to excel in life (which I'm sure a lot of parents would be able to relate to) and her passionate monologue was extremely powerful.
Here are some interesting trivia tidbits about the film:
After filming ended, Chris Evans and Jenny Slate began a relationship and broke up almost a year later. In November 2017, it was announced that they had gotten back together, before breaking up once more in March 2018. (Aww. They look like they would have made a cute couple)
Mckenna Grace would later play a child prodigy on 'Young Sheldon.'
In addition to Chris Evans playing the title character in Captain America: The First Avenger (2011) and its sequels, Mckenna Grace plays a young Carol Danvers in Captain Marvel (2019). Also, Jenny Slate was in another Marvel movie, Venom (2018).
Chris Evans found and adopted his dog Dodger from the pound scene where he goes to rescue Fred, Mary's cat.
Overall, I'd rate this a 7.5/10 and wouldn't say no to watching it again in the future, as long as I have tissues nearby.
Written by Gabrielle Boyd
Noel Boyd
Author, Life Coach and Motivational Speaker.