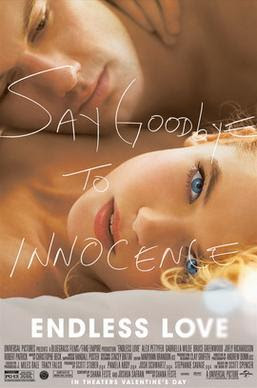 This teen romance had me reminiscing about my adolescence and having those butterflies in your tummy when you fall in love for the first time. I only found out after watching it that it's a remake in which the original starred Brooke Shields all the way back in 1981. It's also based on a novel by Scott Spencer.
Popular kid David Elliot has always had a thing for Jade Butterfield, the quiet, reserved Daddy's girl who sadly lost her brother to cancer while still in high school. David finally gets the chance to talk to Jade when her family shows up at The Inn where he works as a valet. They fall madly in love and despite her father's resistance to their new relationship, David and Jade try to overcome all the odds to be together.
I half-expected this to be just like a Nicholas Sparks novel/film and in some ways they definitely share similarities. It's the 'bad boy' falling for the good girl, for some reason the girl always comes from a rich, privileged family and the boy is seemingly going nowhere in life even though he's actually super smart and charismatic. 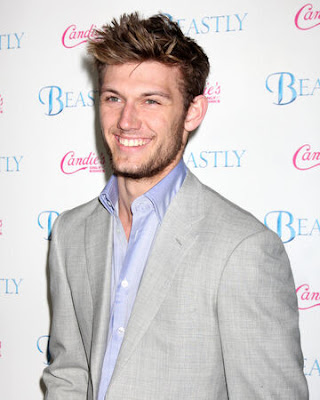 He should be called Alex Prettyfer
I will say that I did find David, played by Alex Pettyfer quite charming even though he was clearly too old to be playing a high-school student (found out later that he was actually 24 at the time).
*Both lead actors are actually British and their American accents were pretty convincing. Kudos.
Jade is your typical girl next door, pretty, skinny and smart. Found out she was also 25 at the time but she looked about 16 when this film was made! The chemistry between the two was a little awkward at the beginning but soon their budding romance looked pretty believable. They had nothing compared to the likes of Ryan Gosling and Rachel McAdams or Ryan Gosling and Emma Stone or Ryan Gosling and any other female lead he has ever acted with....
I was sort of hoping that the storyline would turn dark like Fear with Mark Wahlberg becoming a psychotic stalker (although still hot) but then I remembered it's only PG-13 so that would be out of the question.
As the story progressed, it was quite refreshing to see that they addressed some real-life issues like the loss of a child, extramarital affairs, teenage rebellion and restraining orders. Of course a lot of those scenarios were played very 'safe' but I felt like the movie did pay attention to more than just a teenage romance. 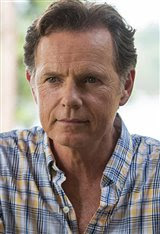 Rules for dating my daughter: #1. You can't.
There were definitely a lot of cringe moments too, especially when Jade's father Hugh (played by Bruce Greenwood) gets a baseball bat to attack David and Jade screams 'Stop Daddy, you're gonna kill him!' Or when David sits casually on the Butterfields' porch and goes on to proclaim 'who needs money when you have true love?' Said no 18-year-old boy ever. Those scenes were definitely worthy of a few eye-rolls.
Bruce Greenwood makes a good villain as the overprotective and uppity Hugh Butterfield and it was also interesting to see Robert Patrick as a low-key car mechanic instead of a half-man, half-machine T-1000 in the Terminator. This film was relatively entertaining overall but it was also fairly predictable and very polished. Not sure it's on my re-watch list but I'll definitely keep an eye out for Alex Pettyfer's next project.
Written by Gabrielle Boyd
Noel Boyd
Author, Life Coach and Motivational Speaker.