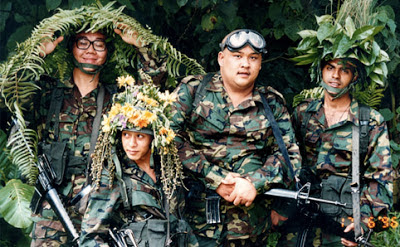 Army Daze is about four 18 year old boys of different races doing their Basic Military Training (BMT). It is a hilarious take on the dreadful BMT and the audience is brought on a journey where the recruits discover many similarities and they forge a brotherhood only the army can develop.

Well if you were too young then or didn't watch the movie for some reason, you can catch the digitally re-mastered theatrical re-release from March 16th to 25th only at Cathay Cineplexes. There will be three show times daily throughout the 10 days.