on February 16, 2013
NBC News is reporting that a fireball was spotted over California a short while ago. Don't know if this is credible but Twitter users in San Francisco and Texas have reported seeing a fireball too. Some described it as "blueish". It's interesting to note that Belgium, The Netherlands and Germany spotted a fireball on the 13th of February. 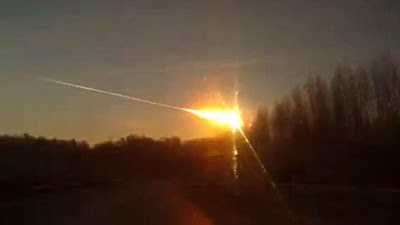 It looks like a shooting star to me but I'm sure more videos will pop up on YouTube in the next few hours. I'll post more on this page later on!
Reactions:
Noel Boyd
Author, Life Coach and Motivational Speaker.