I am suffering from cervical spondylosis with degenerative disc disease.

For some months now, I've been wanting to write about my ongoing medical condition. However each time I logged on to my draft page, I ended up clicking the little red x. There has always been fear that I'll lose clients if they found out about my health problems.

So in turn I ended up staying away from my blog. As you know, my life is an open book. The fact that I couldn't talk about it here, was very depressing. And that my friends is the sole reason why I have not been blogging like I used to. But....all that is gonna change today! At least I hope so...

For about six years now, I've had a problem with my right shoulder. Initially, the pain wasn't too bad. Bearable would be the word. Unfortunately as the years went by, it kept getting worse. I remember being in extreme pain while filming an episode of Reelity Showdown at an adventure camp last year. I had no other choice but to be a professional on set and to "nail" it. After all, that is what I am paid to do. Fin, my producer, and I went for beers after the shoot and I dare say I hated the drinking session. No not because Fin is boring and ugly. The pain was madness! 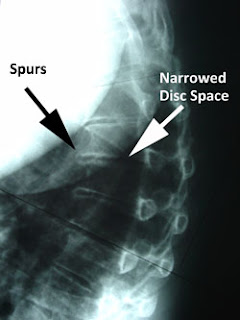 Well the doctors did a scan and it revealed that I am suffering from cervical spondylosis with degenerative disc disease in my C6 vertebra (my neck). Simply put, I have bone spurs in my neck that's pressing into nerves which in turn puts me in a hell lot of pain. If I could rate the pain from 1 to 10, I would give it a hundred.

Just last month while I was in Sarawak, I started doing 40 push-ups each time I woke up and again before I slept. Who would have guessed that was a stupid thing to do? I know I've mentioned pain numerous times but the pain that I experienced on my 4th day in Sarawak was enough to buy threedifferent types of strong painkillers from the pharmacy. Wanna know what's the best part? None of the painkillers worked! Even with alcohol!! Not even when I took all three together. Yes I know that wasn't smart so please spare me the lecture.

Something did work for a day though. Stephanie's dad got a traditional masseuse to come by the house for a good rub down. While the massage session did hurt, I managed to get some decent sleep. But the pain started all over again a day later. Bummer!!

I have ruled out surgery because of two reasons. It's expensive and I don't like hospitals. Stitches too! I am however receiving acupuncture treatment. There are days where it seems to be working and days where it isn't. I am thankful I have Stephanie who not only has been taking great care of me, she has been understanding too.

If you are a client, I want you to know that you have nothing to worry about. My condition has not and will not affect my work. The adrenaline rush that I get when I emcee takes away all the pain. So much so, I wish I was emceeing every second of my life. So yes, I am available for booking all through the year. Well except Christmas Eve and New Year's Eve. I am fortunate enough to be booked months in advance. So yes, BOOK ME!

I'm gonna watch some TV and hopefully a nice walk later if the rain stops. Thanks for reading and god bless!
Noel Boyd
Author, Life Coach and Motivational Speaker.