on March 20, 2012
Being a huge fan of AMC's The Walking Dead, it's only right that I dedicate a blog post to an incredible show that has won millions of fans all over the world. The show is so popular that a video game will be released soon and a board game is already out. And beat this. A whopping 9 million fans tuned in to the finale! That's just in the United States!

The finale of season 2, Beside the Dying Fire, delivered as promised. It was non-stop action from start to finish. It had my adrenaline pumping like a mad horse! The sheer number of Walkers was a feast for the eyes for any zombie fan.

We knew that there would be more human deaths and thankfully none of the present group of still surviving survivors from season one died in the finale. It was nice that T-Dog had a good few lines too. The poor fella has been pretty much a backdrop player thus far. I do wonder though...how many shavers does T-Dog have to remain completely bald! Hah! 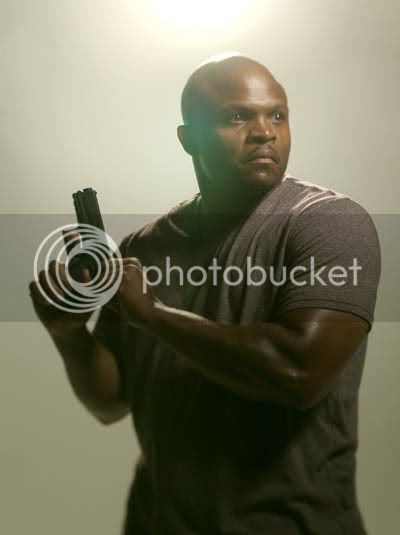 The debut of Michonne was as awesome as it could get! What's hotter than a sword-wielding chick with two zombies on chains? Maybe Andrea's sister Amy but they killed her off! While Danai Gurira as Michonne is a fantastic addition to the show, let's see how Andrea partners with her. We all know that Andrea can kick ass. Team the two of them together and them zombies better watch out!

What's interesting is Michonne seems to have figured something out. Zombies are harmless when you chop off their hands and jaws. My question is, why go through all that trouble when a single blow to the head will do? Do I make sense? Yes? No?

I'm loving the location for the upcoming season. I read somewhere that it's the West Central Prison in Georgia. That's pretty neat. Season 3 should also see the return of Daryl's brother Merle. How will this change Daryl's game plan? Will Rick lose the one sole alliance he seems to have? Will Morgan make his long awaited return? He is still listed as a cast member on AMC's website after all. How bad will the Governor played by David Morrissey be? I hear if you hated Shane, the Governor is many times worse!

We'll have to wait till October to have our questions answered. Zombie withdrawal symptoms for SEVEN months ain't gonna be a pleasant experience!
The Walking Dead
Reactions:
Noel Boyd
Author, Life Coach and Motivational Speaker.