The Singapore Sex Scandal & Identity of the Underage Prostitute. 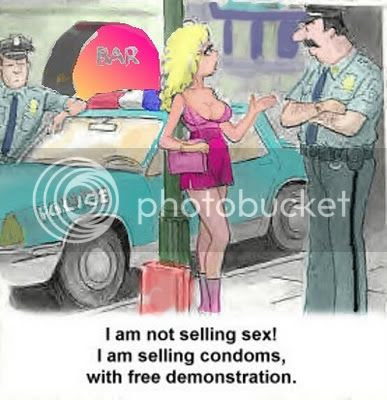 Has there been a sex scandal bigger than this one in Singapore? I highly doubt so. Yes we've seen our fair share of celebrities having affairs but nothing quite like this. To date, 48 men have been charged and it's estimated that 80 men were called up by authorities last year to assist in investigations. These inlcude a former school principal, teacher, military officers and finance industry professionals.

I actually feel for the 48 men that have been charged with having paid sex with a person under 18. For what it's worth, none of them had a clue she was underage. How would they when she was advertised as being 18 years old on the pimp's website. Think about it. Would influential men in our society risk everything they have for an hour's worth of fun under the sheets?

What's messed is how the Singapore media has been tearing some of the guys apart. Ok maybe I'm biased due to the fact I know one of the men involved. But I can confidently say this...  I'm positive he didn't know she was an underage hooker. While I don't condone prostitution on any level, at least he and the other men didn't rape a helpless girl.

It is unfair that the girl has not and will probably never be named. From what I understand she is 18 this year, so doesn't that make her legal?! And this isn't a case where she was tricked into coming to Singapore only to end up as a prostitute. She is a Singaporean and I'm darn sure she had her motives for selling her body. It doesn't really matter if she did it to buy branded goods or to feed a starving family.

While I can't tell you who this girl is, yes the court gag order includes us bloggers, you can find out who she is by doing the following.

In that post alone, I saw pictures of two girls whom I've met while either attending or hosting events. Never would I have thought either of them were prostitutes. But I'm sure they have their reasons for doing what they do. I'm hoping it isn't because "I want that LV bag"!

There are two lessons to be learnt from this saga. Don't believe everything you read or hear. If any of the men had verified her age with her identity card, they would have known she was underage. Second lesson would be to keep your dick in your pants! More so if you have a girlfriend, spouse or worse still, CHILDREN!

What are your thoughts?