on April 23, 2012
Call him the head honcho, the leader of the lion city or even the son of the founding father of Singapore. He is none other than Singapore's Prime Minister Lee Hsien Loong. Prime Minister Lee has been in the news lately for joining two social media networks. While he isn't new to Facebook, he did an online chat during the last elections when I volunteered at Ang Mo Kio GRC, he is new to Twitter.


Both accounts are managed by the Prime Minister's office and Mr. Lee does update both accounts by himself. His personal updates will be signed off as 'LHL' and updates by his office won't have that. 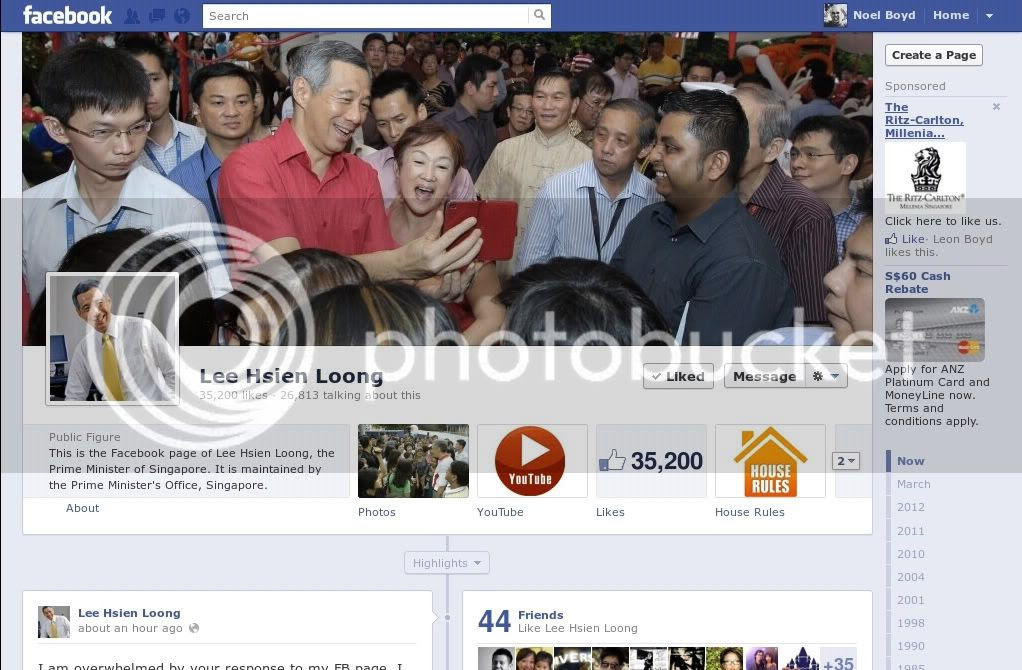 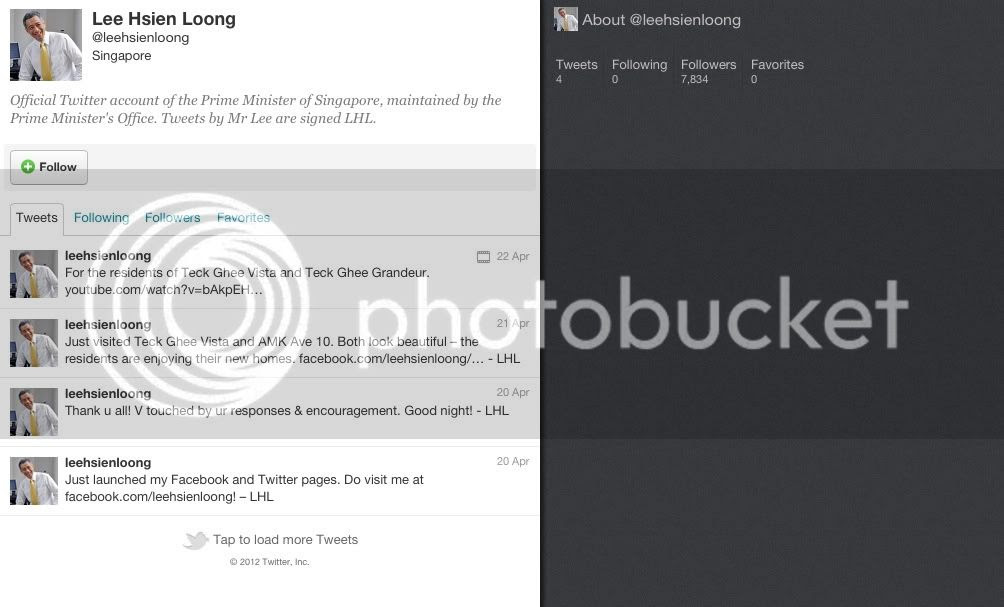 It has 4 tweets so far but expect more in time to come.


I think it's excellent the PM has jumped on the social media bandwagon. While it may not necessarily mean he or the PAP will get more votes, Singaporeans now have another medium to interact with him. Here are the links to both accounts.