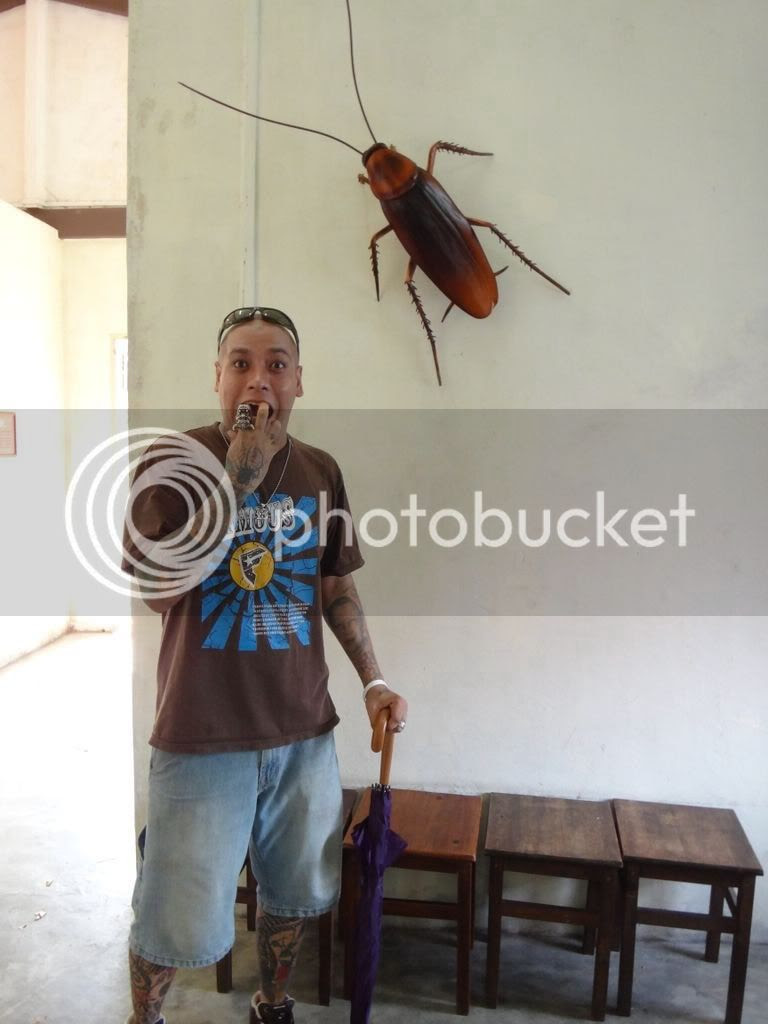 I don't hate a lot of things or people but I can tell you this. I hate cockroaches! Of all the creatures God made, I rank cockoaches as the absolute worst! Especially those disgusting wankers that fly. The moment I see one spread it wings, time just stops and I freeze in fear. And once the fella takes flight, I'm out of there faster than the Flash!

But you know, I thought it'll be fun to list some facts about cockroaches. I don't know exactly how it'll be fun but I'm hoping you're having your lunch now. LOL! I got these facts off Squidoo...


- Crushed cockroaches when applied to a wound, can help ease the sting.
If someone applies that to me, I swear I'll knock all their teeth out!

- Cockroaches have white blood.
So the white goo that oozes out of their smashed bodies is blood. All the while I thought it's their intestines! Gross!

- Cockroaches can live a month without food, but only a week without water.
No wonder these bastards are still alive and dinosaurs aren't!

- A roach can live a week without a head. It dies after a week due to lack of water.
Just thinking of a headless cockroach gives me the creeps!

- Some female cockroaches mate once and are pregnant for the rest of their lives!
Hmm...this reminds me of some people...

- Most roaches have the ability to fly, but not all do.
Holy shit! Noooo!!!! I was told that only the males fly! WTH man!

- Fried Cockroaches are common snacks in Cambodia, as are spiders and rats
That's just gross!!

- The world's largest roach (which lives in South America) is six inches long with a one-foot wingspan.
Have I told you how much I love Singapore?

- Male cockroaches transfer sperm to females in a "gift-wrapped" package called a spermatophore. Some males cover the package in a protein-rich wrapping that the female can eat to obtain nutrients to raise her young.
This sounds like something the Japanese would do. I'm just saying!
Noel Boyd
Author, Life Coach and Motivational Speaker.