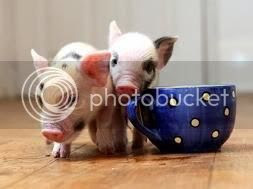 My girlfriend is crazy about these little fellas! The miniature pigs, also known as micro pigs or teacup pigs, are a smaller species of pigs that were first used for medical research in Europe. But because of their cuteness and novelty appeal, they were introduced to the United States as pets in the 1980s. After which they became a hit in Europe and England now has a breed called the British micro pigs.

These pigs originated from Vietnam and grow to be between 68 and 91 kilograms when they become adults.

If you are thinking "Who wants a pet pig! They are dirty animals!!", you are so wrong! Pigs are one of the cleanest animals walking this planet. I looked after pot-bellied pigs for a few months during my time at the Singapore Zoo and they were a joy to work with. Pigs are highly intelligent too! With that said, teacup pigs can be house trained and they'll keep themselves exceptionally clean. 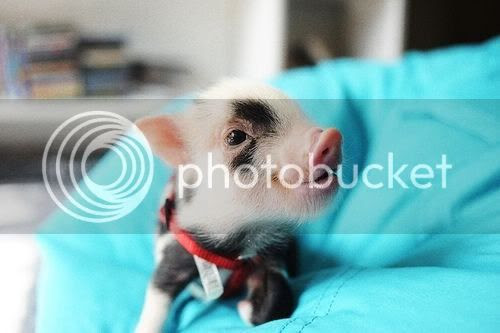 I wonder if Singapore will ever allow them as pets. If they do, I want a pair!