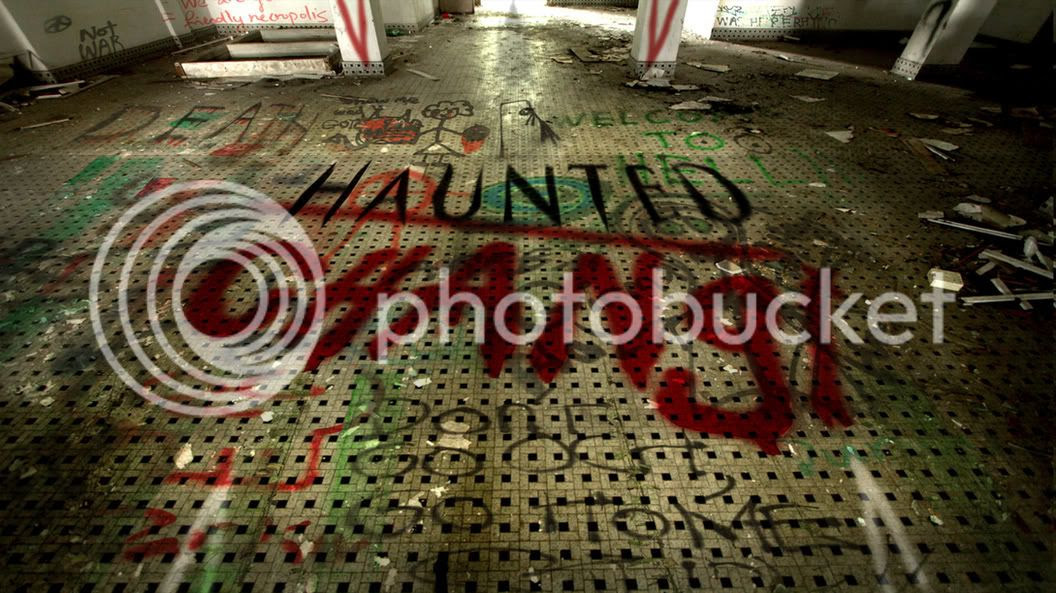 Along with a party of seven, we watched Haunted Changi last Thursday at Eng Wah Jubilee. We chose this cinema because we figured it would be quiet on a weekday and we wouldn't have problems getting our tickets. But what a mistake it was!!! I'll tell you what happened in just a bit. But first, let's talk about the movie...
We got into the theater ten minutes late so I don't know how it started and what exactly we missed. There's also a scene from Haunted Changi where my wife swears she saw a pair of child legs dangling from the ledge!!!! None of us saw so it'll be freaky but nice to watch it again. So I'll either watch it again at a BETTER cinema or wait for the DVD.
On the whole, I rate Haunted Changi THREE stars out of five. It's evident great pains went into the editing and this sets Haunted Changi apart from all the other local productions. I simply loved the camera shots of the grand old dame of Changi. I've never had the courage to enter Old Changi Hospital in the day or night (yeah I'm a coward) but at least now I know what the interior looks like. The much talked about World War II Japanese torture chamber made a cameo as well. And man, if the tunnel footage is real, I need to apologize to an old friend. I seriously thought he was making things up!!!
I've got to give my friend Farid props for doing an outstanding job! Well done brotha! Without a doubt, he came across as the most genuine amongst the cast. With his piercings, tattoos and dreadlocks, I'm sure the ghosts at OCH were scared shitless!! LOL!
If there's one complain about the movie, it would be the excessive use of Singlish. It felt like Singlish was used on purpose to make Haunted Changi sound Singaporean. Don't get me wrong. I am fine with Singlish but too much of it becomes an OVERDOSE!
Now here's the part where I bitch about Eng Wah. How would you like it if a movie abrubtly stops midway through the screening and the lights come on? Well that happened to us! We sat there not knowing what the hell was happening. Some friends thought the cast and crew were making a special appearance. Hilarious! Instead, this old cleaning lady from China appeared and openely declared in Mandarin that she thought the movie was over so she stopped the movie and turned on the lights. What the heck right?! The best part, the old hag was laughing throughout the time!!!!
After ten boring minutes, Haunted Changi finally came back on. Praise the lord! Helluva! I would have gone berserk if it didn't. If you watched Haunted Changi, I have a question for you! Were there running credits at the end? We didn't see any so I thought I'd ask. Anyhow, we gave the supervisor on duty our two cents about their service and got complimentary tickets. It's funny how "Complimentary pass for film breakdown" is printed on the tickets. It must happen a lot huh Eng Wah?!
Haunted Changi
Noel Boyd
Author, Life Coach and Motivational Speaker.