Why do guys fight? 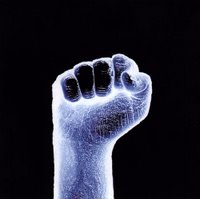 This is a question that I get regularly from the female gender. I decided to reveal all after a close friend requested that I talk to his nephew. So Deva, give this a good read and decide for yourself. You might not agree with everything I have to say but I’m sure that it’ll strike a chord.

For the old friends that have known me since school or army days, will tell you that Noel Boyd was always fighting.

As I got older, I started to think about the people around me. You know, friends, girlfriends and most importantly, family. I remember a number of occasions growing up when my folks were contemplating whether to send me to the . For those of you whom aren’t Singaporeans, that means Boys Prison. I didn’t change till I spent quality time in D.B (army's detention barracks). That’s was twice mind you. I still keep a sms that my mom sent awhile ago. “That was our hardest day, did not know to go in or drive off…” She was referring to the first time she was allowed to visit me behind bars. To this day, it’s still heart breaking to think of the sight that greeted me. There my parents were behind a glass with a white telephone as our communication tool. With tears in their eyes, they spoke in turns and wished me a Happy 21st Birthday!

I’ll bring you back to my primary school days, . It sucked growing up in my neighbourhood. Imagine growing up in a neighbourhood without any friends. The only friend I had was my 2nd brother Leon. Studying in that school was a bitch. Being one of the only non-Chinese students didn’t help either. The bullying that I suffered remains a scar till this bloody day.

I reckon the final straw was in fifth grade when I got beaten up bad and the students responsible for the beating were the discipline’s mistress favourites! What’s a kid to do when he gets beaten up? He complains to the school right? That’s exactly what I did. Within an hour, the discipline mistress called me up and I got another beating. That nasty bitch was furious that I made a report against her favourite students!! She slapped, pulled my ears and hit me with so many darn books.

Being a young frustrated boy, I took it upon myself to vandalize the school. It was my way out of this crap! I won’t go into details but the school was pretty much fucked thanks to my crafty hands. Somehow, the school found out that I was the culprit and I got my first ever public canning. After failing my primary 5 examinations, the school naturally transferred me to Da Qiao Primary where I went through Primary 7.

It was during this time that I started mixing with the wrong company. Trust me when I say this, it didn’t feel wrong at that time. These boys made me feel important. I felt wanted for the first time in my life. Hence, I joined my first secret society gang. These blokes looked after me and boy did we get into a whole lotta shit together. Needless to say, I took my PSLE twice.

After passing my PSLE, I moved on to Serangoon Garden Technical Secondary (SGT). For the first two years in SGT, there was the sniffing of glue and the ever common fights. It was only in secondary four where I found something that I was good in. Hosting! I gave it everything I had and slowly, I slipped out of the gang and made the best of myself. I got invited to a student leadership camp in secondary five and the younger kids finally found me approachable.

There’s still the violent side to Noel Boyd. It would be a big fat lie to say that I’m all good now and everything is perfect. I am trying to control myself. Lately, I’ve not been too pleased with myself. I’m really considering if I should stop drinking altogether. The last thing I would want is to spend time behind bars for the third time.

I’m not proud of my past. My children are gonna grow up in a good environment and I’m gonna make it a point that they stay away from trouble. I’ve got no fucking idea how I’m gonna do that. But there has to be a way! Friends, whom know my past, have occasionally asked for my help. Either to talk to their nephews, sons or daughters... It’s the exact thing I’m gonna do when Alden and Andre are growing up. So, if you do have someone around you that is growing up, PLAY a part in their life. You won’t know how it is growing up alone till you go through it. And no, it’s not childish to be in a gang. It’s what many teenagers see as a solution to loneness. There's been many a times where I thank god in my prayers that i'm not associated with these gangs anymore.

For the past couple of days, I have been telling myself this one thing. I am a Eurasian and I’m gonna make a name for myself. It’s no secret that the general public dubs Eurasians as drunks, trouble makers and big time players! It’s about time that changes. It's no secret too that the public sees the other minority races under the same light. I’m gonna attempt to change the tide and it begins with me. Wish me luck!