Singapore: What happens when a loved one passes away at home? 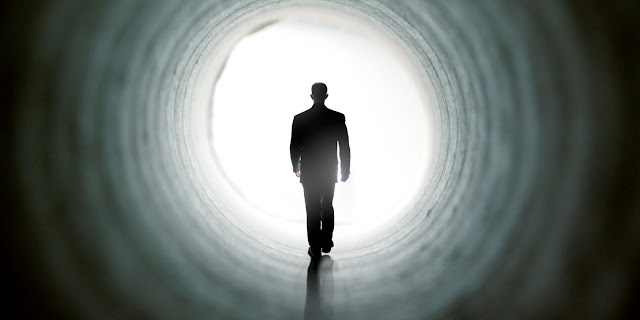 What happens when a loved one passes away at home in Singapore? I doubt many would know what actually happens unless one has been through it. I for one had no clue what the procedures were till my father died last month. Here are the key points that occurred that unfortunate night...

1) When my father's breathing was decreasing on the 12th of September at approximately 8.30PM, I immediately called 995. I recall telling the operator what was happening in detail and within seconds my father stopped breathing for the last time.

2) Once the paramedics from SCDF arrived, they immediately used a device to detect my dad's pulse and heart rate. After multiple attempts, we were informed that my father had passed away. We were then told the police were informed and will arrive shortly.

3) While waiting for the police, I called Aloysius Hoeden from Divine Casket. It was decided beforehand that should anything happen to either of my parents, Aloysius would handle the arrangements. Aloysius told me over the phone that he will see me shortly.

4) A police patrol car arrived with two officers at approximately 9.20PM. They spoke to the paramedics, asked for our identification cards and informed us that an Investigation Officer has been assigned. We were advised to call a doctor so that we could get a 'cause of death' certificate. If we did not do so, a police hearse would have to take my father to a government mortuary for a postmortem. This would mean that my father's body would only be released the following day.

5) After failing to contact my neighbourhood doctor, I once again called Aloysius Hoeden from Divine Casket. He assisted by contacting a doctor that his company has used on many occasions.

6) An officer from the Forensics Department arrives at my house (approximately 10.30PM). This female officer took photos of the exterior of our house, my father's body and the medication he was on.

7) The doctor arrives (approximately 10.45PM)...He checks my father's body, asks us about my father's history, looks at my dad's records from the hospitals and fills up a form. Within fifteen minutes after his arrival, the doctor issues the 'cause of death' certificate and asks for his $150.00 payment. Yup, $150 for fifteen minutes of work!

8) Not long after the doctor leaves, the Investigation Officer arrives at our home (approximately 11.30PM). He too didn't take long to do his job and gives the go-ahead for my father's body to be released.

9) The undertakers gave us time alone to be with my father before they brought him back for embalming.

10) Later in the night when we were preparing our house for the wake, I gave my good friend Jarett Mathew my father's details so he could see to my dad's insurance. Jarett is an amazing insurance broker so if you need his services, please call him at 8351 5330 or visit his website at this address:
http://www.jarettjmathew.com/.

The entire process from the moment my father passed away to my father's body being released took four hours or so. If it was not for Aloysius Hoeden from Divine Casket, the entire ordeal would have been incredibly difficult. For the most part, I was very emotional and the easiest of tasks were tough to comprehend. If you want to use Aloysius's services, do call him at +65 9220 0044 (24 hours).
Noel Boyd
Author, Life Coach and Motivational Speaker.