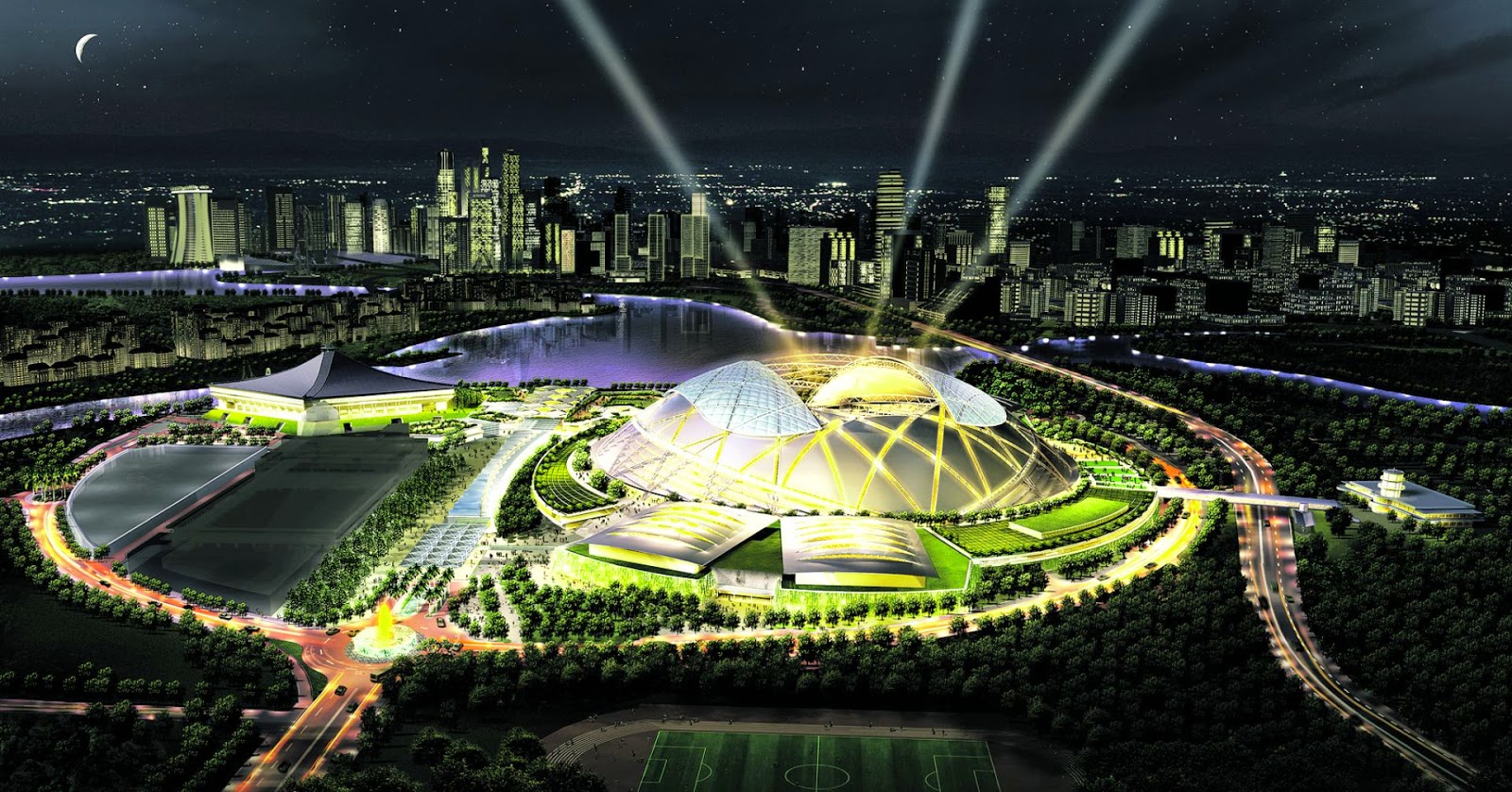 While 55,000 fans have paid good money to watch this match, many may leave unhappy. It all boils down to the state of the pitch. It's horrible! Don't take my word for it. Here's what Dunga, coach of Brazil had to say at a press conference. "I feel that most of it is sand, not grass. The pitch brings higher risk for injuries because there is a lot of sand. I hope the sand will not create potholes during the match, but I cannot say whether there will be injuries.”

So instead of having football matches at the National Stadium, here are four events I've come up with that can be held on the sandy pitch... 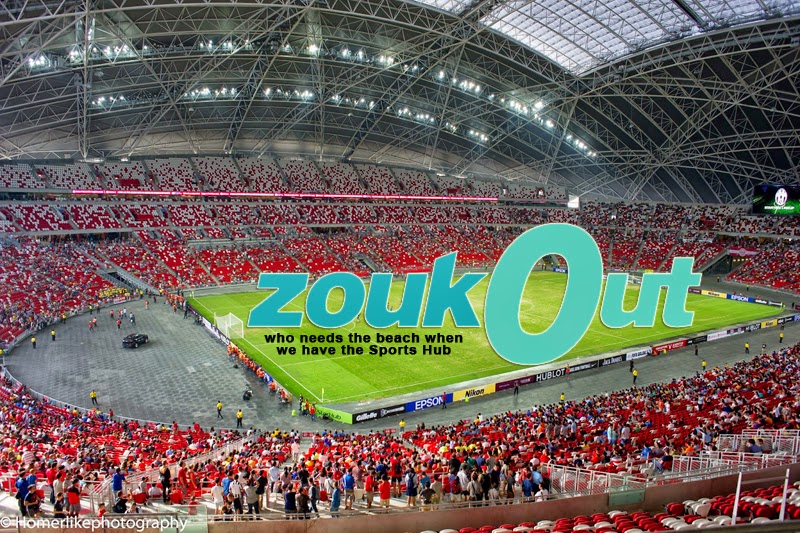 Instead of holding Zoukout at Sentosa this year, there is a new man made beach at Kallang. It's called the Sandy Sports Hub! Think about it this way, Zouk won't need to prevent party goers from swimming. That's one safety worry down! 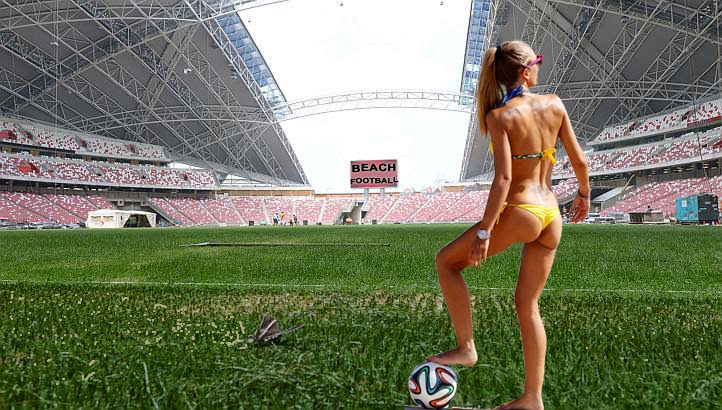 We all know Singapore loves football. Yes we do! Given the state of the pitch, we can hold the World Beach Football Championship right here! And yup, that is a moth in that photo. I kinda miss having them around... 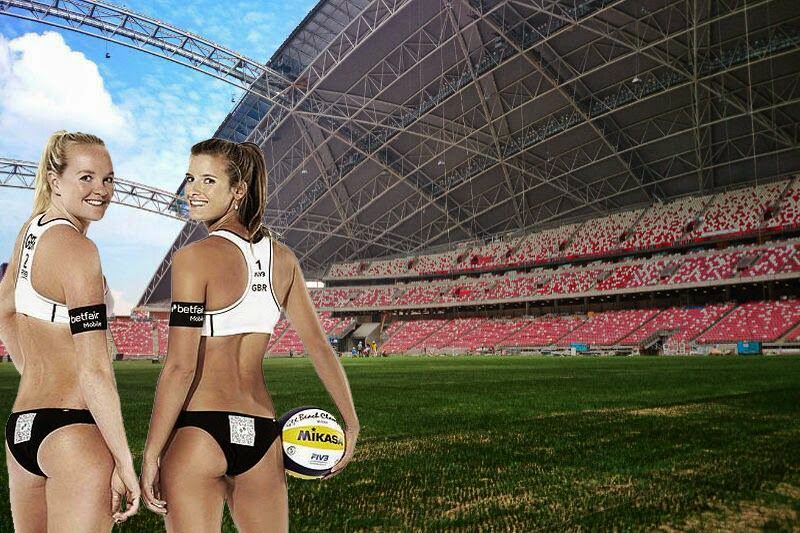 Who is up for beach volleyball at the Sports Hub? I know many men that will say yes to this! Uh huh! 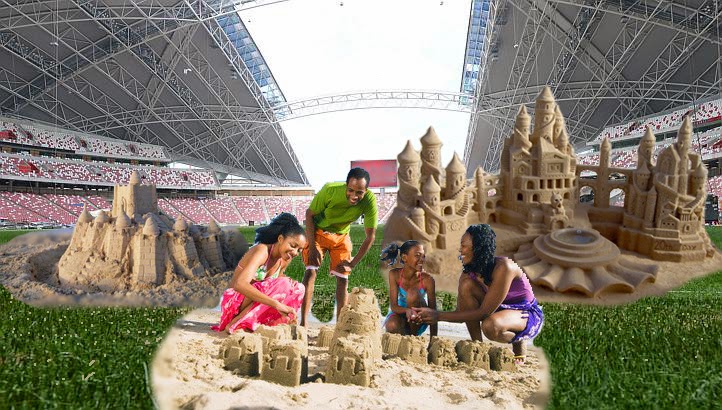 It's a great event for families! We could bring in those awesome artists that build really cool sandcastles like the one below too! 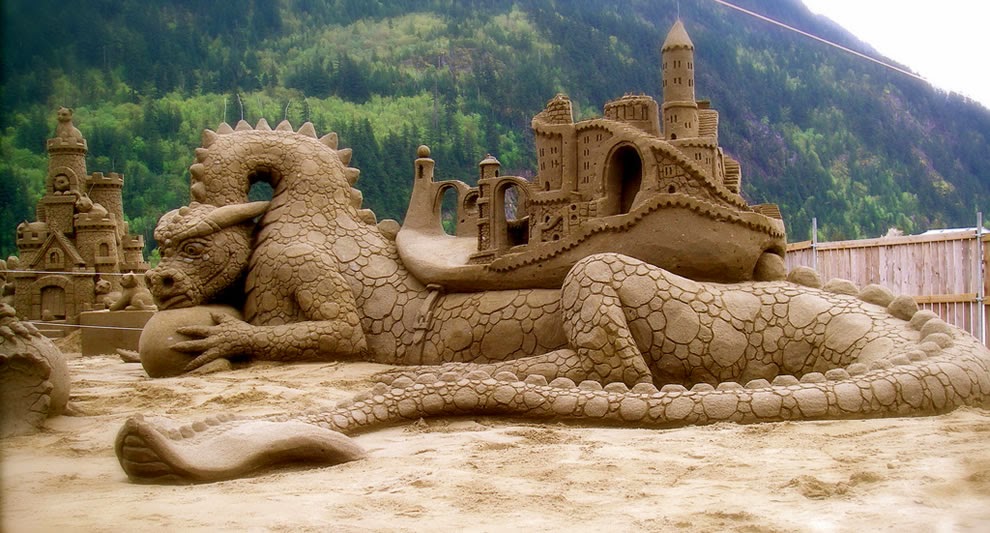 Do you have other suggestions? Leave them in the comments below...