This high flying superstar is most famous for the masks that he wears at all World Wrestling Entertainment shows. Not too long ago, Eminem was spotted walking around New York City with a Rey Mysterio mask. 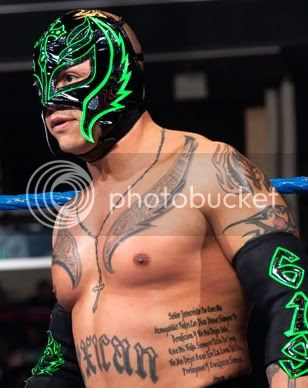 This year at an autograph signing session, a little girl gave Rey a collage that had a prayer on it. It wasn't long before the prayer was tattooed on his left rib area.
When translated into English, it reads "Jesus Christ, you accompany me every day. I ask you to bless me and protect me every time I land on the mat because my life is always on the line. Never leave me alone. Protect me and be with me always. Amen.”

Because Rey is always in his trademark pants, there aren't any pictures of the two skeletons on his left calf that when put together, forms a heart that says "till Death do us part". Most of his tattoos are about his family and his Catholic faith. He says his most painful tattoo is the word Mexican tattooed across his stomach. 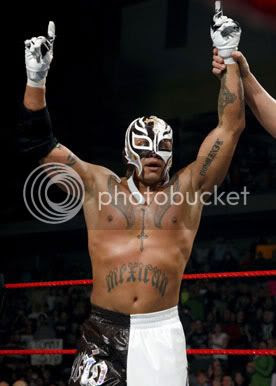 He has his daughter and son's names, Aalyah and Dominik, written on the insides of both his left and right biceps.


On his left forearm, Rey has a gothic cross with a tombstone in the center with the initials ‘E’ and ‘G’ for his friend, the late Eddie Guerrero”. Other tattoos on his arm include a tribal sun, his official mask, 619 on his lower left arm, the years 1995 & 1976 and an Aztec cross on his right forearm. 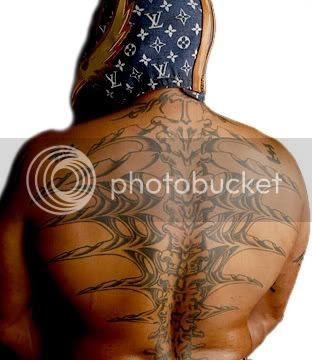 Here's his back piece that's supposed to show how each vertebra should be aligned.He also has two Kanji symbols on his shoulders for his son that means ‘strength and power'.

Back in November 2007, he mentioned in an interview that he'll never get his chest tattooed. In a matter of months, Rey returned from surgery with some brand new ink. He had wings tattooed on his chest! 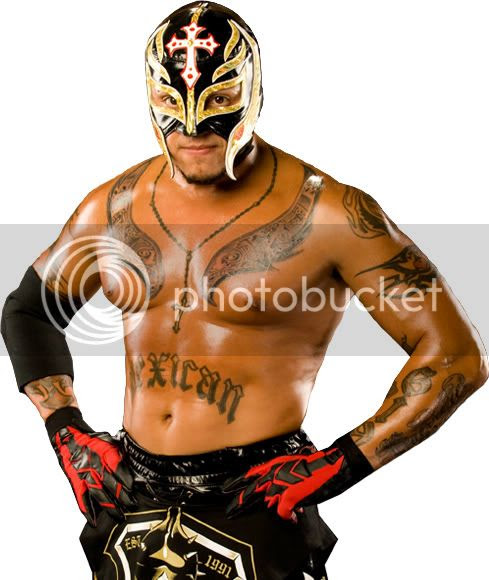 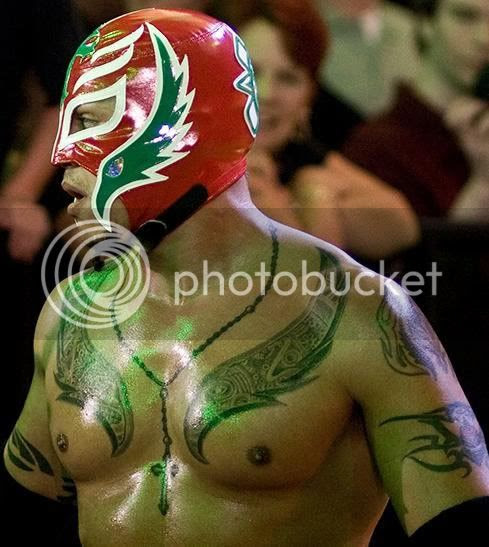